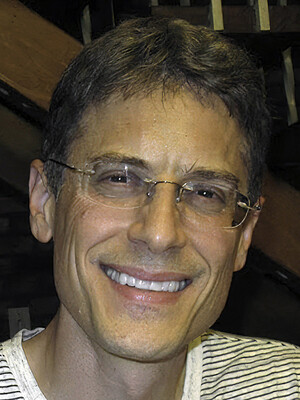 Victor Batista, one of the world’s most distinguished theoretical chemists, has been appointed the John Gamble Kirkwood Professor of Chemistry, effective immediately.

Batista is a member of the Faculty of Arts and Sciences (FAS) in the Department of Chemistry.

A member of the Yale faculty since 2001, Batista has served as a full professor of chemistry since 2008, director of undergraduate studies from 2008 to 2010, and was appointed as the John Randolph Huffman Professor of Chemistry in 2019. He currently serves as a member of the Physical Sciences and Engineering Advisory Committee.

Batista has made seminal contributions in semi-classical and quantum dynamics methods and their application to important chemical problems. His computational methods have led to powerful insights into the molecular mechanism of photosynthesis, CO2 reduction and H2 evolution in catalytic systems, and the allosteric mechanism of visual pigments. More recently, he has pioneered the use of quantum computing to study complex chemical reaction dynamics and the development of quantum algorithms to exploit quantum computing technology for chemistry research.

He is a prolific collaborator, participating in dozens of multi-investigator projects throughout the world during his career. A long-time senior editor of The Journal of Physical Chemistry and currently associate editor of the ACS Journal of Chemical Theory and Computation, Batista was recently chosen to lead the Center for Quantum Dynamics on Modular Quantum Devices, a Yale center supported by the National Science Foundation (NSF) Center for Chemical Innovation. He has published more than 330 articles in peer reviewed scientific journals (with an h-index score of 70).

In recognition of this work, Batista has received the Innovation Award from Research Corporation (2002), the Petroleum Research Funds Award G6 from the American Chemical Society (2002); the Career Award from the National Science Foundation (NSF) (2004); the Nanoscale Exploratory Research Award from NSF (2004); the Camille Dreyfus Teacher-Scholar Award (2005); an Alfred P. the Sloan Fellowship (2005–2006); co-chairmanship of the 2016 Vibrational Spectroscopy Gordon Conference; the 2016 Baker Lectureship at Cornell University; and the 2018 Harrison-MacRae Lectureship at Queen’s University. He has been a Visiting Scholar of Phi Beta Kappa for 2017-2018. He is a member of the American Chemical Society (ACS PHYS Councillor 2018-Present), American Physical Society, and Biophysical Society.