The Yale Quantum Institute was founded to enhance Yale’s leadership in the field of quantum science and technology.  It serves as a forum to bring together experimental and theoretical researchers at Yale in the field of quantum information physics, quantum control, quantum measurement, and quantum many-body physics. The Institute also runs an active visitors program to bring in quantum information scientists from leading institutions worldwide, and hosts conferences and workshops in sub-fields relating to its core mission. 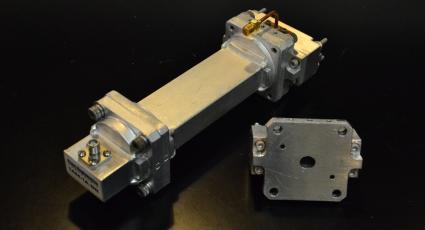 The past two decades have seen breakthroughs in both the theory and the practice of quantum science. The properties of superposition and entanglement, once thought of as paradoxical and counterintuitive, are now understood instead as unique resources. At the same time, progress in the laboratory now allows unprecedented control over individual quantum objects, whether they are naturally-occurring microscopic systems like atoms, or macroscopic, man-made systems whose properties are engineered.

These advances may soon enable us to perform otherwise intractable computations, ensure privacy in communications, better understand and design novel states of matter and develop new types of sensors and measurement devices. Today, a new discipline is emerging which combines physics, electrical engineering, mathematics, and computer science to further the basic understanding of the quantum world, and to develop novel information processing devices and other quantum-enabled measurement and sensing technologies.

We would like to acknowledge W.M. Keck Foundation for their support in 2003 which helped launch the leadership of the Yale Quantum Institute

Dave DeMille and his research group develop a technique to produce ultracold polar molecules and propose to use them as qubits for quantum computation.

The Devoret, Girvin and Schoelkopf groups invent a new superconducting qubit, the method to read it out efficiently, and the quantum “bus” that entangles two of them, leading to the realization of the first solid-state quantum processor running an algorithm.

Hong Tang and Liang Jiang’s research groups develop a chip-scale device that uses the wave-particle duality of single photons to sense the presence of an object without interacting with it, useful in spectroscopic studies of photosensitive materials.

Official launch of the Yale Quantum Institute by President Peter Salovey in newly renovated conference and offices in 17 Hillhouse Ave.

YQI researchers explore new paradigm for quantum computing based on “Schrodinger Cat” states of light (photons). They are first to demonstrate effective error correction with such photon qubits, a critical step towards computation with logical qubits.