The Department of Physics is located in the AlbaNova University Center and has approximately 240 employees, 250 students at undergraduate level and 95 graduate students. There are four research subjects within the postgraduate program: Physics, Theoretical Physics, Chemical Physics and Medical Radiation Physics. These subjects span over several research groups with different research activities. For information about the Department of Physics, see: www.fysik.su.se/english.

Open quantum systems describe the interaction between a quantum system with its environment. It is known that desired quantum properties, such as entanglement, are typically suppressed by decoherence such that their applicabilities for practical implications become limited. Hence, a goal is to minimize the influence of decoherence. However, the problem is of fundamental interest on its own, not only for future quantum technological applications, but for providing a deeper understanding of these processes. In this project, the goal is not per se to find methods that minimize losses, but instead to understand the physics behind the interplay between different sub-systems, whether it is a system and its environment, or two sub-systems.

Open quantum systems do not evolve unitarily, which have important consequences, for example in the understanding of how chaos and thermalization can emerge on a microscopic scale. Furthermore, the lack of unitarity opens up for new possibilities. One such direction is to consider open quantum systems in order to describe, or simulate, models from classical physics. Typically these will be lattice models with unbalanced hopping between the sites. Another topic of the PhD project concerns gauge invariance in these models. It is known that effective models that derive from truncations of the Hilbert space may not be gauge invariance. How this comes about for open systems will be explored, and further if it is possible to pick an ”optimal” gauge when considering Hilbert space truncation.

We seek a self-motivated candidate who is fluent in English. Since the project is analytical and most likely will also include some programming, good skills in theoretical physics, mathematics, and programming is a clear merit. 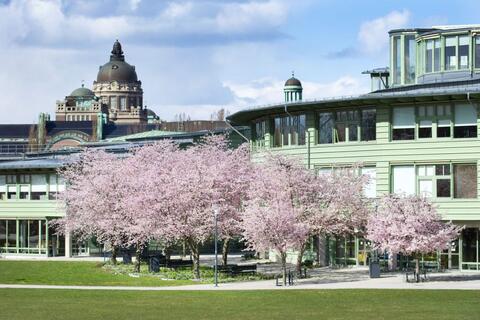