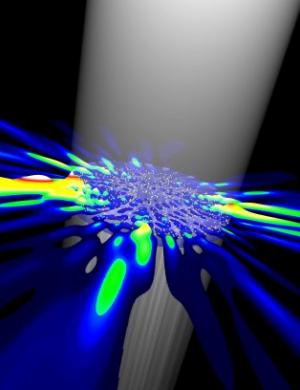 The image shows a planar realization of a random laser that is pumped with incoherent light from the top and emits coherent light in random directions. In a random laser, light is confined to a gain medium not by conventional mirrors but by random multiple scattering. More Info 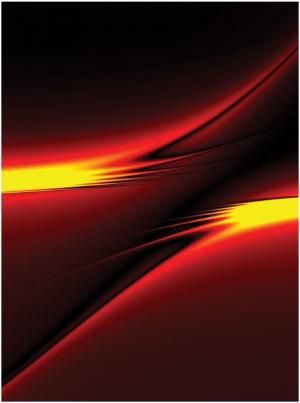 The interaction between single atoms and the electromagnetic field can be enhanced using a cavity, the signature of strong coupling being ‘vacuum Rabi splitting’. An experiment in which a superconducting circuit acts as an ‘artificial atom’ explores the physics beyond this linear-response effect and shows how nonlinear phenomena lead to the rich structure of the cavity transmission peaks shown here. More Info 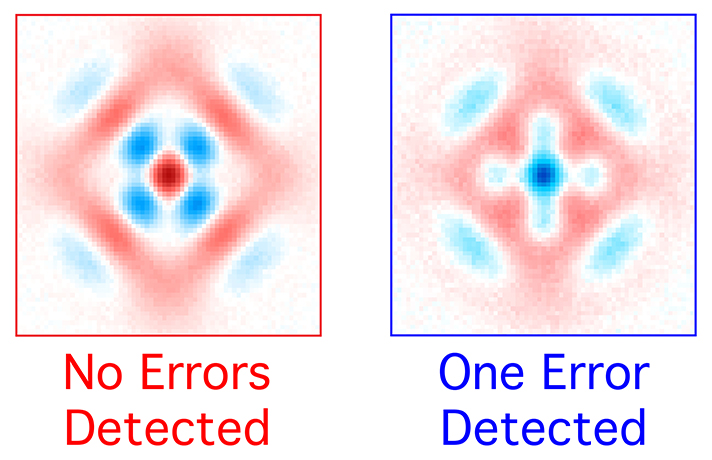