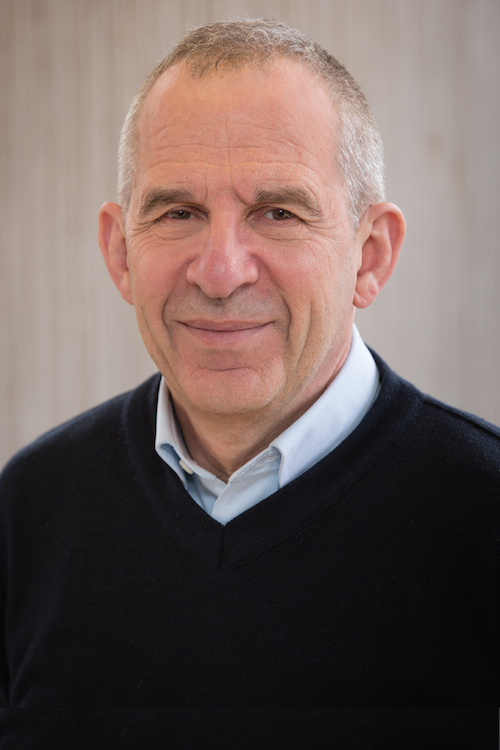 Michel Devoret, the F.W. Beinecke Professor of Applied Physics and Physics, is a co-recipient of the Micius Quantum Prize for his groundbreaking work in quantum physics — including key contributions in the development of the artificial atoms of quantum information known as qubits.

Devoret did some of the seminal work on artificial atom design in the mid-1980s, working in Clarke’s lab. He later returned to his native France in the late 1980s, starting his own research group at the Commissariat à l’Energie Atomique (CEA) at Saclay, where he continued his fundamental research on quantum mechanical electronics and qubits with Daniel Esteve and Cristian Urbina.

At Yale, working with colleagues including Robert Schoelkopf and Steven Girvin, Devoret has dramatically advanced the field of superconducting qubits with controllable dynamics. A qubit is a unit of quantum information. Unlike information in the “classical” state, which can be either a zero or a one, information in the quantum state can be a zero, a one, or a superposition of both zero and one.

Devoret and Schoelkopf are considered the undisputed leaders in the experimental development of circuit quantum electrodynamics (circuit QED), in which the concepts of quantum optics have been brought to bear on superconducting microwave electrical circuits.

“Michel Devoret is a pioneer and international leader in the development of ‘artificial atoms’ created using superconducting electrical circuits,” said Girvin, the Eugene Higgins Professor of Physics at Yale.

“Michel’s foundational research has helped launch a new revolution in quantum mechanics,” Girvin added. “The Micius Quantum Prize is a wonderful recognition of the contributions that he and his co-recipients have made to both fundamental and applied quantum science and engineering.”

Devoret is a member of the Yale Quantum Institute and leads the devices sub-group on quantum error correction for the Co-design Center for Quantum Advantage (C2QA) led by Brookhaven National Laboratory.

Recipients of the Micius Quantum Prize are awarded one million Chinese yuan (about $150,000) and a gold medal.

“This is richly deserved and a testament to the excellence of Prof. Devoret’s research,” said Vidvuds Ozolins, the Tom Steyer and Kat Taylor Professor of Clean Energy Solutions and chair of the Department of Applied Physics at Yale. “He has been a wonderful mentor to his students and postdoctoral associates. We are honored to have him on our faculty and we are looking forward to strengthening and investing in quantum research at Yale.”