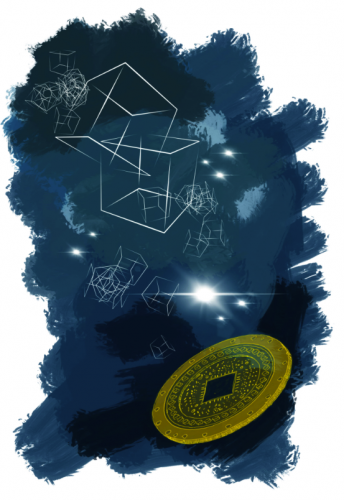 Teleportation and quantum entanglement may sound like aspects of a sci-fi novel, but researchers from the Yale Quantum Institute are exploring these very real phenomena in order to refine the tools that will lead to a more stable quantum computer. The team of applied physicists published its research in the journal Nature on Sept. 5.

The study detailed the researchers’ use of modularity, the use of many simple components as building blocks for a larger entity, as a technique to decrease failure rates in quantum processors and teleportation — instantaneous information movement — to improve the state of quantum computing, a faster form of information processing than classical computers.

In 2015, Robert Schoelkopf, the study’s corresponding author and Sterling professor of applied physics and physics, founded Quantum Circuits Inc., a company that specializes in the creation of quantum processors. So far, his company has generated over $18 million in investment from venture capitalists.

The uses for quantum computing vary. Biologists who require large supercomputers to model how intricate proteins fold may be able to develop cures to new diseases more rapidly. Historians may have the power to sift through huge swaths of entries in terabyte-sized databases much more quickly. Stock traders build massive data lines to New York City in order to have the lowest amount of delay when buying and selling securities; quantum teleportation can reduce this latency to nothing.

However, the technology could cause widespread chaos if obtained by malicious organizations. Banks encrypt their financial transactions and account data with long passwords that would take modern computers hundreds of years to crack. Quantum computers could do it in minutes. Governments and private megacorporations alike have strong incentive to invest in quantum technology. Indeed, the Yale study was supported by grants from the Army Research Office and the Air Force Office of Scientific Research, among others.

Unlike modern computers that operate on bits — that is to say, 0s and 1s — quantum computers run on qubits, which can exist as both 0s and 1s simultaneously instead of having to choose a state. These subatomic particles behave in odd ways that are not always predictable, study first author Kevin Chou GRD ’18 said.

“Qubits, in contrast to classical bits, are very fragile. They forget their state pretty easily,” Chou said. “If all of your qubits forget what state they are, you can’t perform a computation. They are also very sensitive to noise.”

If a bit is on, then it will stay on independently of what happens around it; if a qubit is in a certain position, then it can influence the states of qubits many miles apart in a process called quantum entanglement.

“[Rockets] don’t just have one big engine,” Chou said. “If that engine fails, well, you only have one engine. Your rocket’s not going to fly. So instead, you have a network of many, many smaller rockets, networked in a way that if one fails, there’s redundancy to pick up the slack.”

Modularity is not a novel concept, Chou says, but combined with other parts of the team’s study, this represents a large development in tackling the obstacles to a quantum reality. Specifically, the technique allows for redundancy, which can in turn prevent small errors from ruining an entire computation.

“Modularity is the opposite of integration,” said Michel Devoret, director of the Yale Applied Physics Nanofabrication Lab. Modern computers and cell phones have integrated circuits with billions of transistors on them that either all work or do not, Devoret said. Just as “television sets in the 1960s had many different circuits that [factories] could test individually before wiring it all together,” he said, modularity in a quantum setting is the first step toward having a reliable means of manufacturing quantum computers.

“Teleportation evokes some sort of science fiction imagery, but I should say we’re not doing any sort of human and matter teleportation that leads to instantaneous travel or anything like that,” Chou said. “The way that quantum teleportation works is that it uses entanglement to be able to transport information from one part of the quantum computer to another part.”

By harnessing the power of entanglements, Chou said, qubits can interact with each other without being directly linked. This means that researchers can isolate qubits from noise while also allowing them to communicate remotely, or “teleport” information. The Pony Express carried letters across the continent in several days; quantum teleportation can do the same thing instantaneously.

But although there is significant financial interest, the quantum computer is still a long way away. Substantial research is required in order to make modularity and teleportation in quantum computing less of a proof-of-concept and more of a reality, Chou said.

“There are several different directions that we can go now that we have demonstrated this teleported operation,” he said. “What’s nice about it is that we know that we need to improve the performance of this gate in order for it to be useful.”

The Yale Quantum Institute was founded in 2015.