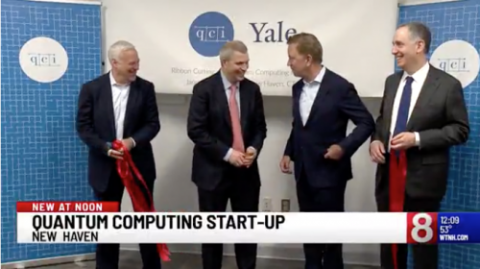 An economic boost has been brought to the New Haven area. A grand opening was held on Thursday morning for Quantum Circuits Lab in Science Park. Governor Ned Lamont was among the dignitaries on hand for it.

Quantum’s engineers and scientists will work to develop computers that could someday be faster and more powerful than today’s supercomputers.

“In quantum computing, we can have quantum bits that allow us to solve problems in a massive parallel way. So, a quantum computer can find the answer to problems and questions that could never be solved with any size conventional computer,” explained Rob Schoelkopf with Quantum Circuits.