From its Beatles remembrance to marionettes, annual festival aims to stir imaginations 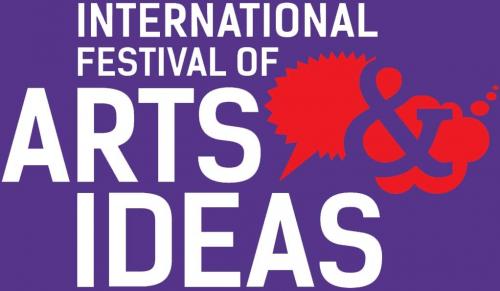 A look back at The Beatles’ Sgt. Pepper days, a town hall-styled meeting on racial inequality, and community “Big Read” discussions of Yale faculty member Claudia Rankine’s award-winning poetry collection “Citizen” are among the highlights of this year’s International Festival of Arts & Ideas, a 15-day celebration of arts, ideas, and culture taking place in New Haven June 9-23.

The annual festival, which brings artists and thinkers from around the world to New Haven stages, is one of the biggest arts and cultural events in New England, attracting more than 100,000 people. The festival features offerings for people of every age in downtown New Haven and beyond, including musical performances, theater, talks and conversations, tours on foot and by bicycle, and more. Yale is a co-sponsor of the festival, and many of its events take place on the campus. Most of the festival offerings are free.

This year’s festival marks the 50-year anniversary of the Beatles’ groundbreaking album “Sgt. Pepper’s Lonely Hearts Club Band” with performances of the festival-commissioned “Pepperland” by the Mark Morris Dance Group. The Yale International Choral Festival, the New England premiere of Shakespeare’s “The Merchant of Venice” by Compagnia de’ Colombari, and a “world-traveling” adventure in which larger-than-life puppets help to animate the storytellingare among the many other events this year. 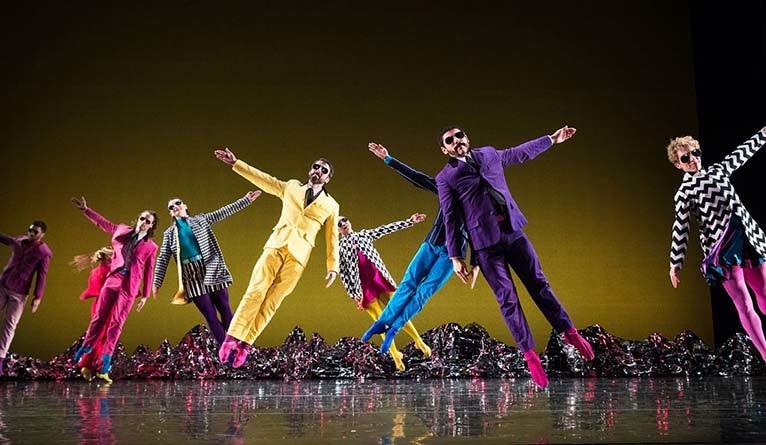 Free, open-air concerts on the New Haven Green will be offered throughout the festival, featuring a diverse group of performers: singer-songwriter Ruth B;  Elan Trotman with Rohn Lawrence and special guest The Rahsaan Langley Project; the all-woman New York City group Flor de Toloache & the band Las Cafeterras; and the Iraqi-American trumpeter, vocalist, and composer Amir ElSaffar with members of Rivers of Sound Orchestra and the New Haven Symphony Orchestra.

The “Ideas” portion of the festival will explore such topics as citizenship, refugee resettlement, the role of art in increasing diversity, the future of New Haven, storytelling in an “oversaturated” world, Germany and the European Union, and more. Many of these events feature Yale faculty members as speakers.

A full schedule of festival events can be found on the festival’s website. Below are just some of the festival offerings featuring Yale affiliates.

Choirs from Germany, Sri Lanka, and Mexico, as well as American companies comprised of multicultural singers, will gather in New Haven for this four-day celebration of the variety of choral traditions around the world and the universal language of music.

The choral festival takes place June 13-16 and will feature Ensemble Cantissimo from Germany, the Muslim Choral Ensemble from Sri Lanka, Staccato from Mexico, the Young People’s Chorus of New York City, and Yale Choral Artists. In addition to individual performances by the choirs, there will be a final gala concert featuring the four visiting choirs and the Yale Alumni Chorus. 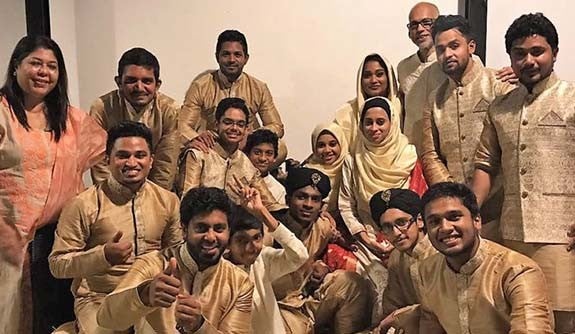 Two talks will also be offered in conjunction with the choral festival. Micah Hendler, founding director of the Israeli-Palestinian YMCA Jerusalem Youth Chorus will discuss how choral music can be used as a bridge between communities in conflict on Wednesday, June 13, at 5:30 p.m. in Sudler Recital of William L. Harkness Hall, 100 Wall St. American composer Jake Runestad will give a preconcert talk on Saturday, June 16, at 5 p.m. before the performance of his “The Hope of Loving” by the Yale Alumni Chorus and Haven String Quartet at 6 p.m. His talk will also take place in Sudler Hall.

Town hall and The Racial Imaginary

Young people who serve as festival fellows will host a Town Hall meeting exploring the themes of Rankine’s “Citizen: An American Lyric” on Thursday, June 7, at 5:30 p.m. at the New Haven Free Public Library Ives Branch, 133 Elm St. This public discussion about racial inequality is free and open to the public. 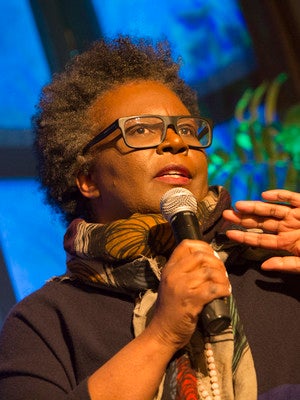 “Citizen: An American Lyric” was chosen as New Haven’s selection for the annual program “The Big Read.” An initiative of the National Endowment for the Arts in partnership with Arts Midwest, Big Read is meant to broaden our understanding of the world, our communities, and ourselves through the joy of sharing a good book. “Citizen” is the first work of poetry to become a New York Times bestseller for multiple weeks on the paperback nonfiction list. It won the National Book Critics Circle Award in poetry and was also a finalist for the award in criticism — the first time in the history of those awards that a book was a finalist in more than one category.

Rankine, the Frederick Iseman Professor of Poetry at Yale, was honored in 2016 with a MacArthur Fellowship, and used some of her $625,000 award to build the interdisciplinary The Racial Imaginary Institute to explore the idea of race.

Numerous events have been held in New Haven since April in conjunction with the Big Read, and others will be offered as part of the festival. Individual events are listed on the festival’s website.

Ideas (in thought and action!)

All of the following events are free. 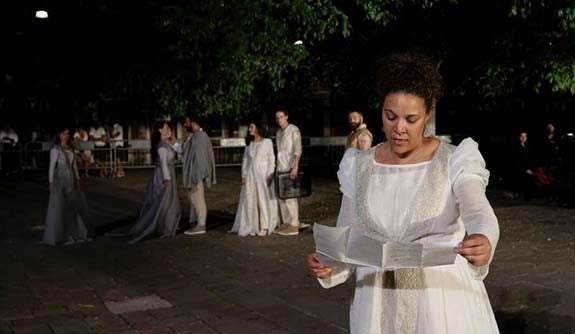 A scene from “The Merchant of Venice.” (Photo courtesy of the International Festival of Arts & Ideas)

In addition to tours of city gardens, parks, churches, local farms, and historic and other sites, there will be tours taking place on the Yale campus. These include a tour of the Yale campus on Sunday, June 17, at 11 a.m. from the Yale Visitor Center; a tour of Rudolph Hall, home of the Yale School of Architecture on Tuesday, June 19, at 3 p.m.; and a tour of Yale’s new residential collegeson Friday, June 22 at 1:30 p.m. and Saturday, June 23, at 11 a.m.

Several events will take place at the Beinecke Rare Book & Manuscript Library, 121 Wall St., in conjunction with the exhibit “Text and Textile,” on view through Aug. 12. A screening of the film “Hindle Wakes,” about a mill girl who becomes romantically involved with the boss’s son will take place on Tuesday, June 12, at noon. A weaving/crafting event for children will be held in conjunction with the screening. “Text & Textile: The Literature and Song of Resistance,” a reading program of literary texts about the situation and struggles of weavers, mill-girls, milleners, sweat-shop seamstresses, and other textile workers in New Haven and throughout the Northeast and in Europe, will be held at noon on Wednesday, June 13, at the library. A tour of the exhibit “Texts and Textile” will take place on Friday, June 15, at 1:30 p.m. 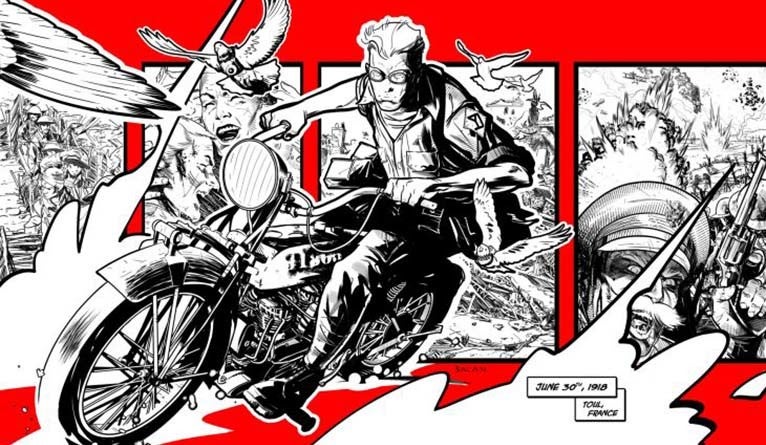 Join award-winning comic-book illustrator Nadir Balan for a look at “The Courier: Tales from the Great War.” (Image courtesy of the International Festival of Arts & Ideas/New Haven Museum)

Award-winning comic book illustrator Nadir Balan, an operations associate at Yale School of Drama, will lead a tour and discussion of the New Haven Museum’s “The Courier: Tales from the Great War,” an exhibit based on the WWI diary and scrapbook of Lt. Philip H. English of New Haven. He’ll discuss his graphic-style murals about English’s participation in the war during the tour, which takes place on Wednesday, June 13, at 1:30 p.m.

A invertebrate paleontology tour of the Yale Peabody Museum of Natural History will be offered on Friday, June 15, at three times: 3 p.m., 3:20 p.m., and 3:40 p.m. The museum’s collections represent a world-class record of the history of the Earth and its cultures. Space is limited; reservations are recommended.

The many festival events not listed here range from sound sculpture installations to bike and boat tours. There will be master classes and workshops with festival artists and opportunities to join other festival-goers while sampling New Haven food and drink in communal gatherings. Visit the festival website for more information on these and other events.