Astronomer’s talk combines exploration of space missions and board games 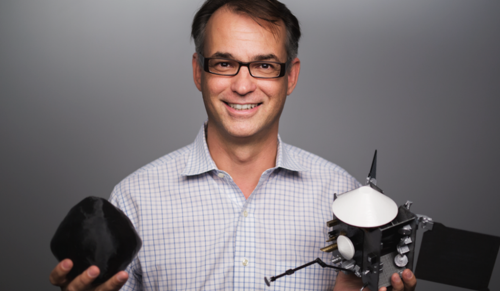 Astronomer and board game designer Dante Lauretta will investigate space exploration and board games in the Yale Quantum Institute’s fifth event in its series of nontechnical talks about science and the humanities.

Lauretta’s talk, titled “OSIRIS REx and the Xtronaut: Live Space Exploration through Board Games,” will take place on Thursday, March 29 at 7:30 p.m. in Rm. 101 of Linsly-Chittenden Hall, 63 High St. It is open to the campus and wider New Haven communities. The talk will be followed by a game night, during which guests will be able to play Lauretta’s games and other space-themed games. Free tickets are available via Eventbrite.

Lauretta is a professor of planetary science and cosmochemistry at the University of Arizona and the leader of NASA’s OSIRIS-REx, a mission to visit asteroid Bennu, land on it, and return a sample to Earth. He also designs and creates board games combining two of his passions in life: solar system exploration and strategy gaming. His first game, XTRONAUT, captures the real-world thrill and challenges of planetary exploration and gives players a chance to develop space missions and explore the solar system. The game is based on real planetary missions and rocket science and contains elements of politics and strategy that are inspired by the real-life situations that space missions face.

The event is co-sponsored by The Franke Program in Science and the Humanities and Ludi et Veritas. The Yale Quantum Institute’s series of nontechnical talks aim to bring new regard to quantum physics and STEM by having experts cast new light on often overlooked aspects of scientific work.